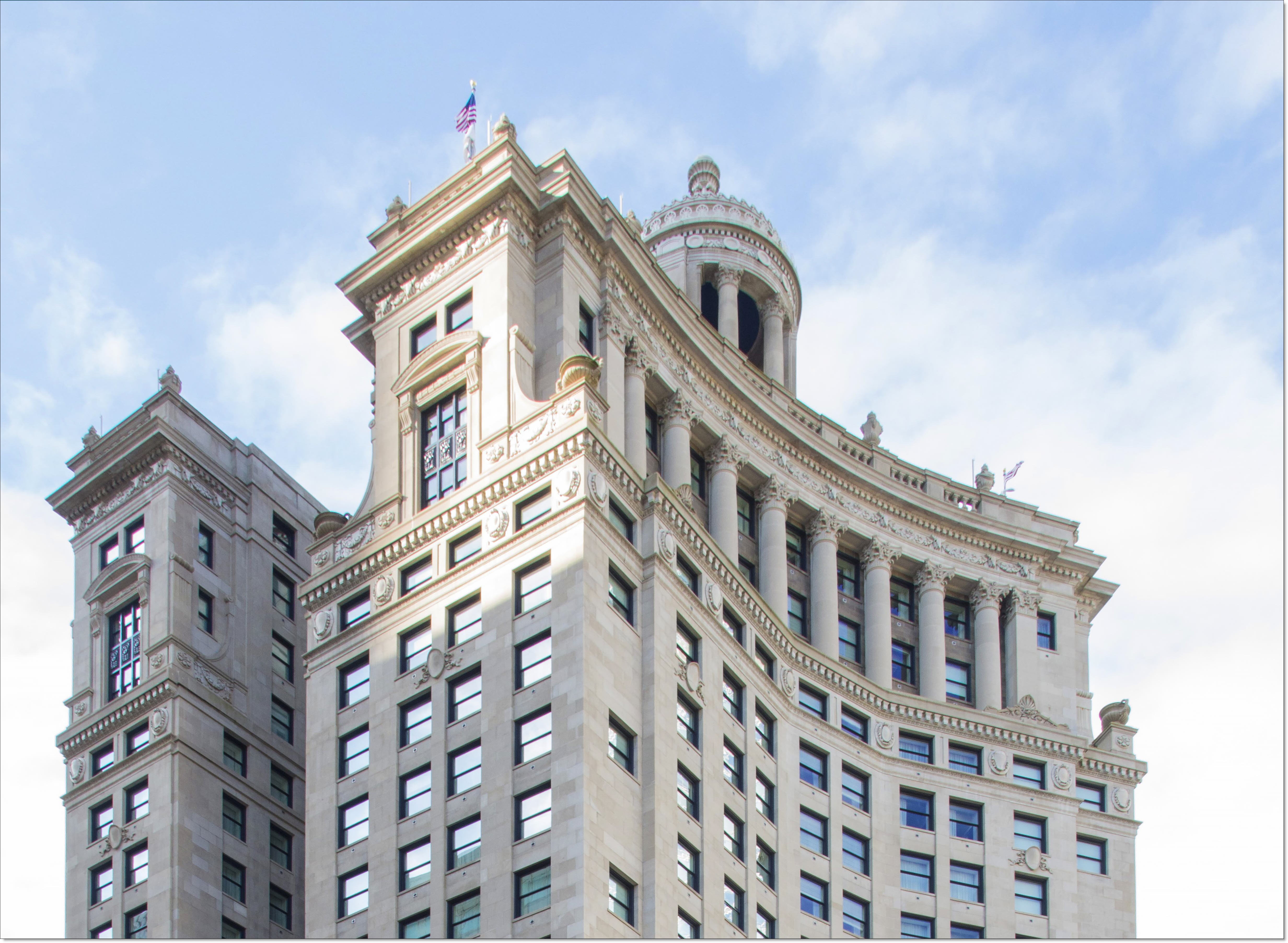 An iconic structure on the Chicago River front, this 21-story sky-scraper opened in 1923 as the London Guarantee & Accident Building. Nearly a century later, it has reopened as the LondonHouse Chicago, a 452-room luxury hotel with a brand new 22-story addition.

The building is noted for its singular presence on the waterfront. The Chicago Tribune says, “Chicago architect Alfred Alschuler draped an oddly shaped, steel-framed skyscraper in the language of Beaux-Arts classicism to great effect.” Gazing upward, one’s eye is drawn to the building’s “domed temple, ringed by Corinthian columns.”

The 85,000-square foot addition, meanwhile, is “faced in metal and glass, with serrated window bays that contrast with the 1920s towers on its flanks.”

The building was designed for LEED-NC Silver.