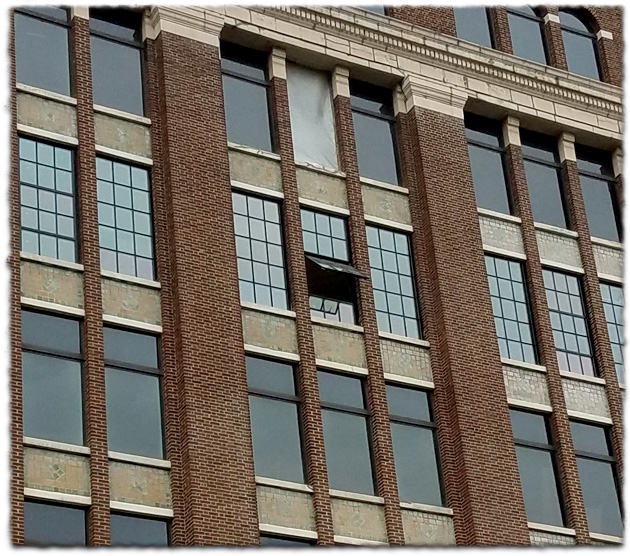 The initial phase of window installation has begun at the Grand Baldwin Building in Cincinnati, Ohio. The building recently obtained historic designation and Graham is proud to contribute to the restoration of this 1920’s era landmark.

The building was previously converted to office space in the 1980’s but the windows lacked the authentic look of traditional steel windows. Now the owners are trying to restore some of the original architectural detail with our 6700 Series fixed and fixed/projected windows.

“Thanks to everyone who has made an effort on this high-profile project.”
—Tim Davis, AR Design, GAP Representative

The Architecture Billings Index (ABI) delivered a mixed message to start the new year, with January’s reading coming in at 49.5, well below December’s 55.9.
The ABI is an indicator of future construction spending, as design services typically foretell new projects …

Graham Architectural Products is proud to be co-sponsor of a continuing education course in the February, 2017, issue of Architectural Record.
The course – titled “What’s New in Fenestration?” – provides an informative overview of various fenestration products and empowers …

The new year is off to a good start with the Dodge Momentum Index rising 3.9 percent in January.
The Momentum Index is a monthly measure of the first (or initial) report for nonresidential building projects in planning. These reports …

A resident of Alden Park Manor is quite pleased with her new replacement windows.
The resident, an architect, was aware through an acquaintance with a GAP employee, that Graham was providing the windows for Alden Park (SR6700 series windows) so …