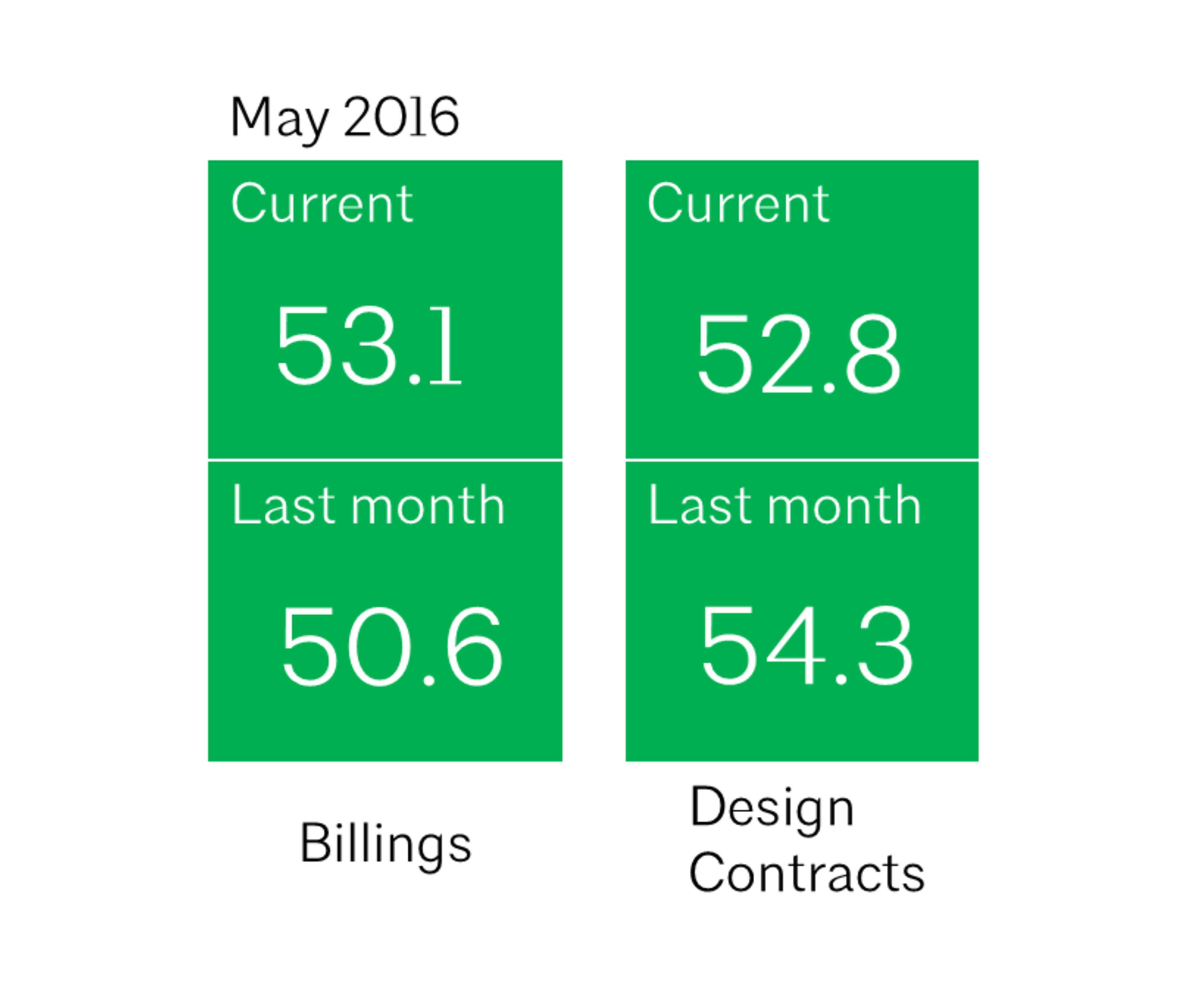 The Architecture Billings Index (ABI) registered its highest score in nearly a year in May, reflecting improving conditions in the design and construction industries.

According to the American Institute of Architects, the monthly ABI “is a leading indicator for nonresidential construction activity, with a lead time of approximately 9 to 12 months. The Index is derived from AIA’s work-on-the-boards survey, which has gathered data on shifts in billings from architectural firm leaders for over 20 years.”

May’s Index score of 53.1 indicated that billings not only improved in May, for the fourth consecutive month, but that more firms are experiencing this rising tide. According to the AIA release, “Inquiries into new projects were also strong in May and the value of new design contracts continued to increase.”

Firms of all specializations experienced increased billings in May, and conditions improved in all geographical regions, with the exception of what the AIA called “a minute” downturn for firms in the Midwest.

When the United Way asks for volunteers, Graham Architectural Products steps forward.
Each year, during the United Way’s Day of Action, Graham sends a team of generous volunteers, each one enabled by supervisors and managers who adjust plans and schedules …

As part of a significant commitment to add new engineering resources to our growing business and provide a clear succession plan for our engineering department, Graham Architectural Products announces the addition of Joe Cerminara as vice president of process engineering and Tuan …

Although far from fully restored, the Michigan Central Station in Detroit looks better than it has in years with the new Graham Architectural Products windows installed.
Over 1,050 Series 1200 fixed windows with high performance low-e glass now adorn the …

Construction Indicator Nudges Higher In May

For the construction industry, the good news keeps coming, as the Dodge Momentum Index rose 2.4 percent in May, riding a bump in activity in the commercial sector.
The Momentum Index is a monthly measure of the first (or initial) report …