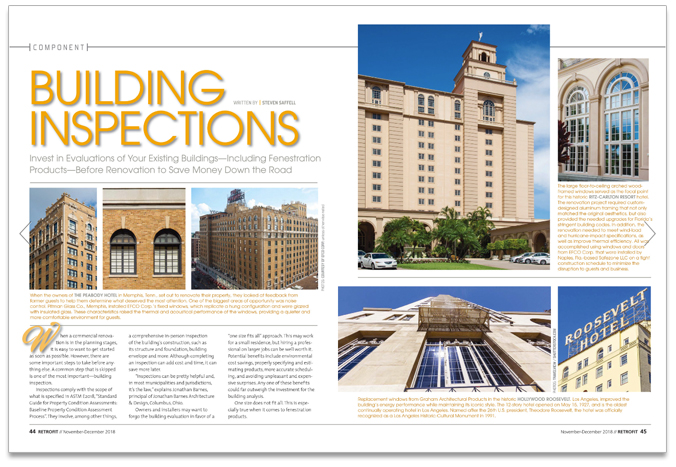 Graham supplied the replacement hung windows for the historic Hollywood Roosevelt hotel in Los Angeles. The building was featured in the December issue of Retrofit Magazine.

The full article titled “Building Inspections” can be viewed on pages 44-48 by clicking here.

To find out more about the products used on this project, contact Bruce Croak, Graham’s marketing manager.

Growth remained positive overall in October, though billings continued to slow.
The Architecture Billings Index (ABI) score for October was 50.4, down .7 points from 51.1 in September. Any score above 50 indicates growth …

The Dodge Momentum Index was 150.5 in October, dropping 4.2% from the revised September reading of 157.0.
The commercial component dropped 4.9% and institutional activity was down 3.1%.
Commercial planning has led the …

Multifamily Executive Magazine has recognized two recent Graham projects for their 2018 MFE Awards for the finest developments in the industry. Appearing in the October issue of MFE are 13|U: U Street Apartments and …