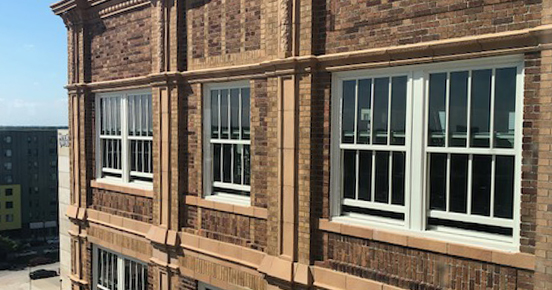 The iconic structure, built in 1928 and added to the U.S. National Register of Historic Places in 1986, was acquired by the university in 1961 and repurposed for student housing. It was closed in May of 2019 for major renovations, including demolition of most of its floors and walls.

When completed, the new Chatsworth Tower will be modernized for student living, study, and assembly, while maintaining parts of its historic character. Project planning is aiming for a LEED Silver rating.

Graham provided a variety of products to the project. Most visible are the 531 of our 2000 Series single hung windows, featuring a historic beveled profile. The project called for a triple-grid configuration with trapezoidal grids on the exterior glass, a bar between the glass, and a flat-bar on the interior glass, to simulate true muntins. 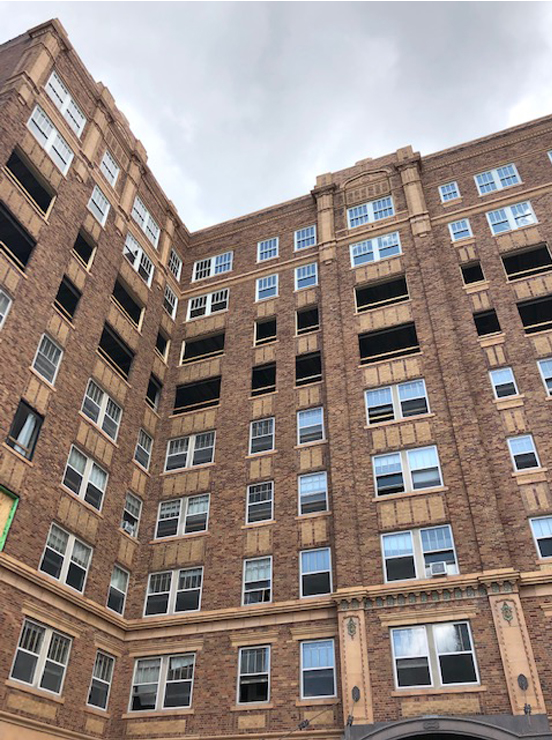 To find out more about the Graham window and door products used on this project, contact Jim Eisenbeis Graham’s marketing manager.

COVID-19 Creates Uncertainty Going Forward
The Architecture Billings Index score for February was 53.4, adding 1.2 to the January score of 52.2.
“Business conditions at architecture firms have been surprisingly positive so far this year. However, firms were just beginning …

Graham Contributes to Another Detroit Transformation

Historic Hotel Building Gets a New Lease on Life
The former Eddystone Hotel in Detroit, Michigan is coming back to life after years of abandonment and stalled planning. The building will feature more than 370 of Graham’s 2200H Series single …

Both DMI Components Down in February
The Dodge Momentum Index dropped by 1.8% in February, scoring 148.7. This was a loss of 2.7 points from the revised January score of 151.4.
Both the commercial and institutional components were down at …