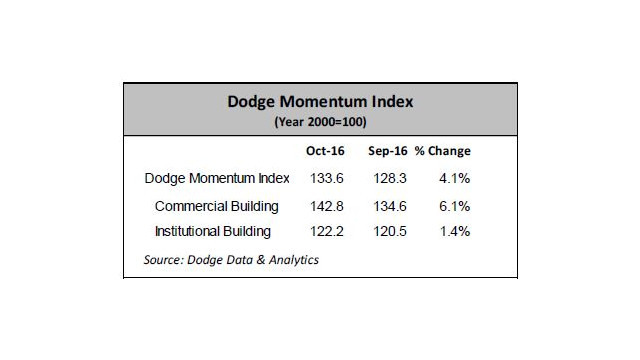 The Index’s commercial component rose 6.1 percent in October, which, according to Dodge’s press release, indicates that “despite being in a more mature phase of the building cycle, commercial construction has room for further growth in the coming months.” Meanwhile, the institutional component inched up 1.4 percent.

In other economic news, the most recent jobs report from the Bureau of Labor Statistics stated that employment in the construction industry changed little in October.