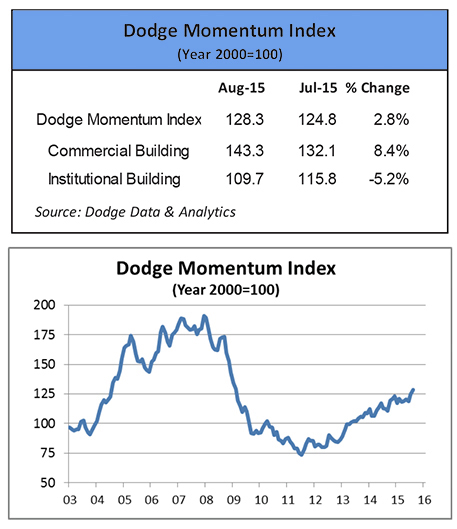 A strong August increase in the Dodge Momentum Index “bodes well for construction spending through the first half of 2016,” according to information recently released by Dodge Data & Analytics.

The Index increased 2.8 percent in August, jumping to 128.3 from its July reading of 124.8, according to Dodge Data & Analytics. The increase was attributed to a strong gain in new plans for commercial buildings, up 8.4 percent from July. Meanwhile, the institutional building sector contracted 5.2 percent following a surge of July planning activity. On a year-over-year basis, Dodge said, commercial planning is 20.6 percent higher, while institutional planning is up 5.1 percent.