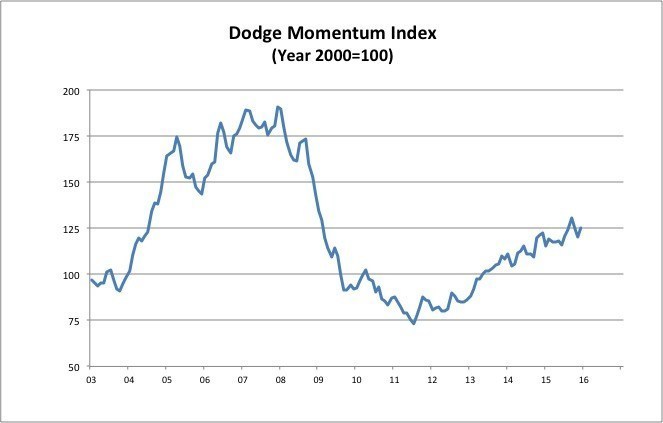 The construction industry rang out 2015 on a good note.  The Dodge Momentum Index rose 4.1 percent in December, and job growth in the industry was strong for a third consecutive month.

According to Dodge, “renewed growth in planning activity for the commercial sector is expected to take place in 2016, supported by strong industry fundamentals such as vacancy rates and employment. Institutional projects at the planning stage jumped 15.8 percent in December compared to the same month a year ago, helped by the passage of recent construction bond measures and the improved fiscal health of state and local governments.”