Despite August Dip, DMI Up Year-Over-Year 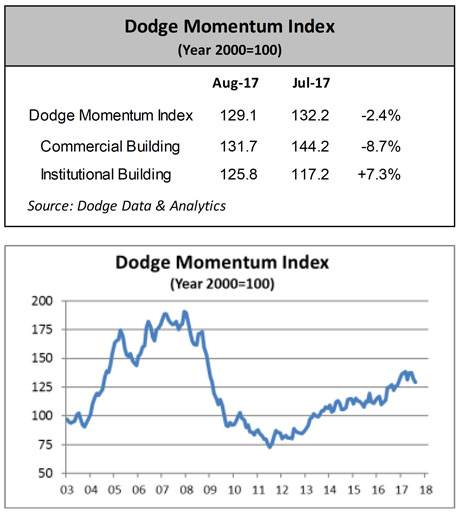 August’s decline reflects an 8.7 percent dip commercial planning. Although commercial planning has enjoyed a broad rise over the past year, it has fallen three consecutive months.
Meanwhile, the institutional component rose 7.3 percent, a significant rebound from July’s 9.1 percent drop.

In other economic news, the August jobs report, issued by the Bureau of Labor Statistics, showed an increase of 28,000 jobs in the construction sector. The number had shown little change over the previous five months.