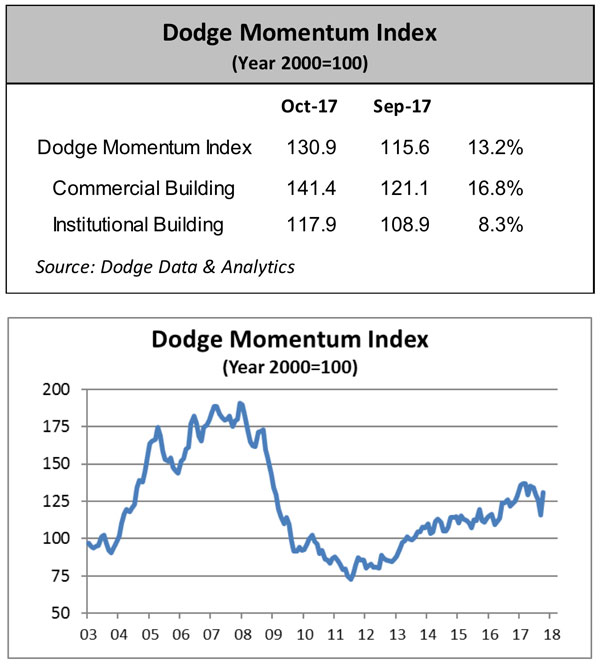 Dodge Momentum Index rebounded in a big way in October

It is compiled by Dodge Data & Analytics, which bills itself as North America’s leading provider of analytics and software-based workflow integration solutions for the construction industry.

According to a release, “The move higher in October nearly reversed the erosion of the past … months (including September’s 7.9% decline).”

The most recent report showed a 16.8 percent advance in the commercial portion of the index, while the institutional portion climbed 8.3 percent.

According to Dodge, “October’s increase supports the belief that building activity has further room to grow during this cycle. While month-to-month activity could continue to be volatile, there are enough projects in the pipeline to sustain growth into 2018.”

In other economic news, the October jobs report from the Bureau of Labor Statistics showed an increase of 11,000 construction jobs during the month. For the year, construction has added an average of 15,000 jobs per month.