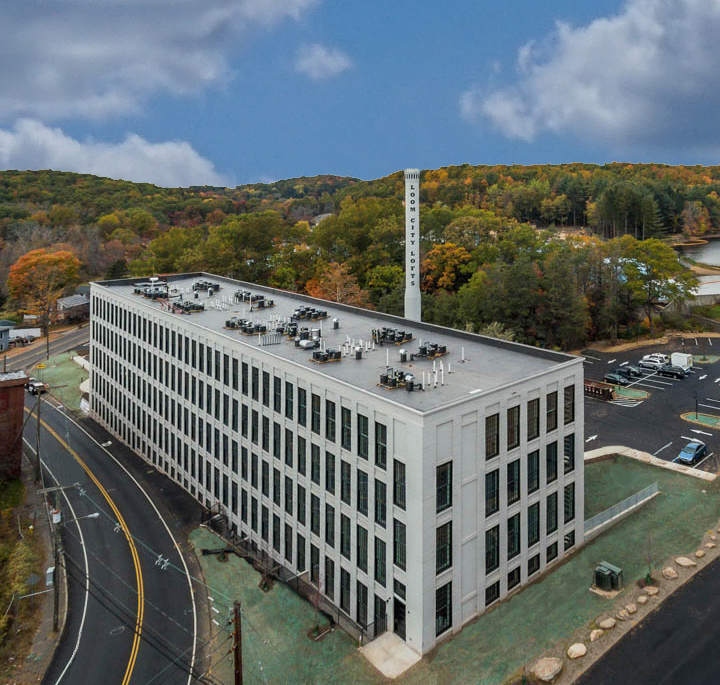 Loom City Lofts, a project that struggled to get off the ground for more than a decade, recently marked its grand opening in grand style, with stately windows from Graham Architectural Products overlooking it all.

Connecticut Governor Dannel P. Malloy joined state and local officials in celebrating the official unveiling of the revitalized former mill listed on the National Register of Historic Places. Located in Rockville, CT, the building is the former Roosevelt Mill – built in 1906 as one of the first buildings in New England to be constructed entirely of reinforced concrete.

It is now an industrial-themed apartment building with 61 rental units, including studio, one-bedroom and two-bedroom units. The building also has several thousand square feet of commercial space available for lease.

As a result of those windows, many of the units offer lovely views of the Shenipsit Reservoir, the Warp Mills Pond and the Hockanum River Dam.