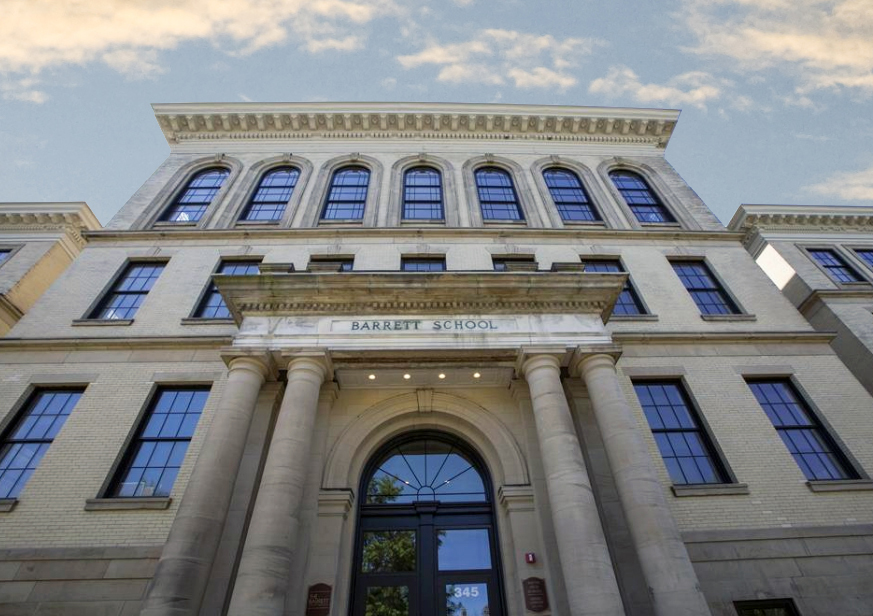 While there are often tall challenges in historic window replication, few are taller than the 13 windows Graham Architectural Products encountered during a restoration of the former Barrett School, Columbus, Ohio.

While they represented a small portion of Graham’s 261-window assignment, they provided a big test for Graham’s engineering department.

Not only were they each over 12 feet tall – and less than five feet wide – they featured an arched top sash with a tight radius and a custom grid pattern. Plus, as Tim Davis, president of AR Design and a Graham rep, pointed out, they were originally triple hung windows.

“Since this was a National Park Service job, whatever replacement solution Graham and AR Design had in mind, it better look like a triple hung window,” Davis explained.

Problem was, while Graham offers a triple hung window, Davis said, “It’s a beast of a window. And it doesn’t lend itself to curving.”

Davis teamed with Graham Director of Engineering Jim Hicks and Hicks’ staff to come up with a Plan B. Eventually, they took Graham’s modified 2200 historic single hung window, which had earned NPS approval several years ago, and massaged it further to create a radius top.

They then basically stacked it on top of a single hung that already had two glass planes, creating the illusion of a triple hung window with a third glass plane. Although the top window is a curved fixed window, it creates a third plane by offsetting the top curved portion with custom extrusions created by Graham. Not only did the solution satisfy the NPS, it pleased Laura Gagnon, AIA, the project architect from Sandvick Architects, a Cleveland, Ohio, firm that specializes in historic restoration. “When it comes to designing a new window that is meant to match an existing historic window, the ability to match the sightlines, configurations and operation of the existing window is critical.  This is where Graham really helps us to excel.

“They have options that allow for narrow sightlines at the jamb, sill and meeting rail.  They give us the ability to choose different muntin grid profiles and widths to match the historic multi-paned windows and they have a large range of standard pannings, as well as the ability to create custom panning options to match historic trim and brick molds.”

All told, Graham filled 245 openings with 261 windows, the majority of which were its 2200 Series historic single hung windows.

The result? The 51-unit The Barrett Apartments, affectionately showcased in this article from the Columbus Dispatch.

For Gagnon, it was yet another great experience working with Davis and the Graham team.

“We have had the benefit of working with Tim Davis for years,” she said. “(He) understands not only what is required to assist in historic restoration projects, but understands the process of going through multiple department reviews, and working with state and federal departments to get the best match possible for the new windows.

“Tim is excellent to work with on these types of projects.  We are able to send Tim details in plan and section showing what we would like to do in a particular application, and he will review those details for us.  He will comment back on if what we are proposing is possible, and if not, what product line or accessories could be used to make the proposed possible.”

She concluded, “Graham was able to help us find a solution that came very close to replicating the window that would have been in that opening nearly 120 years ago.”