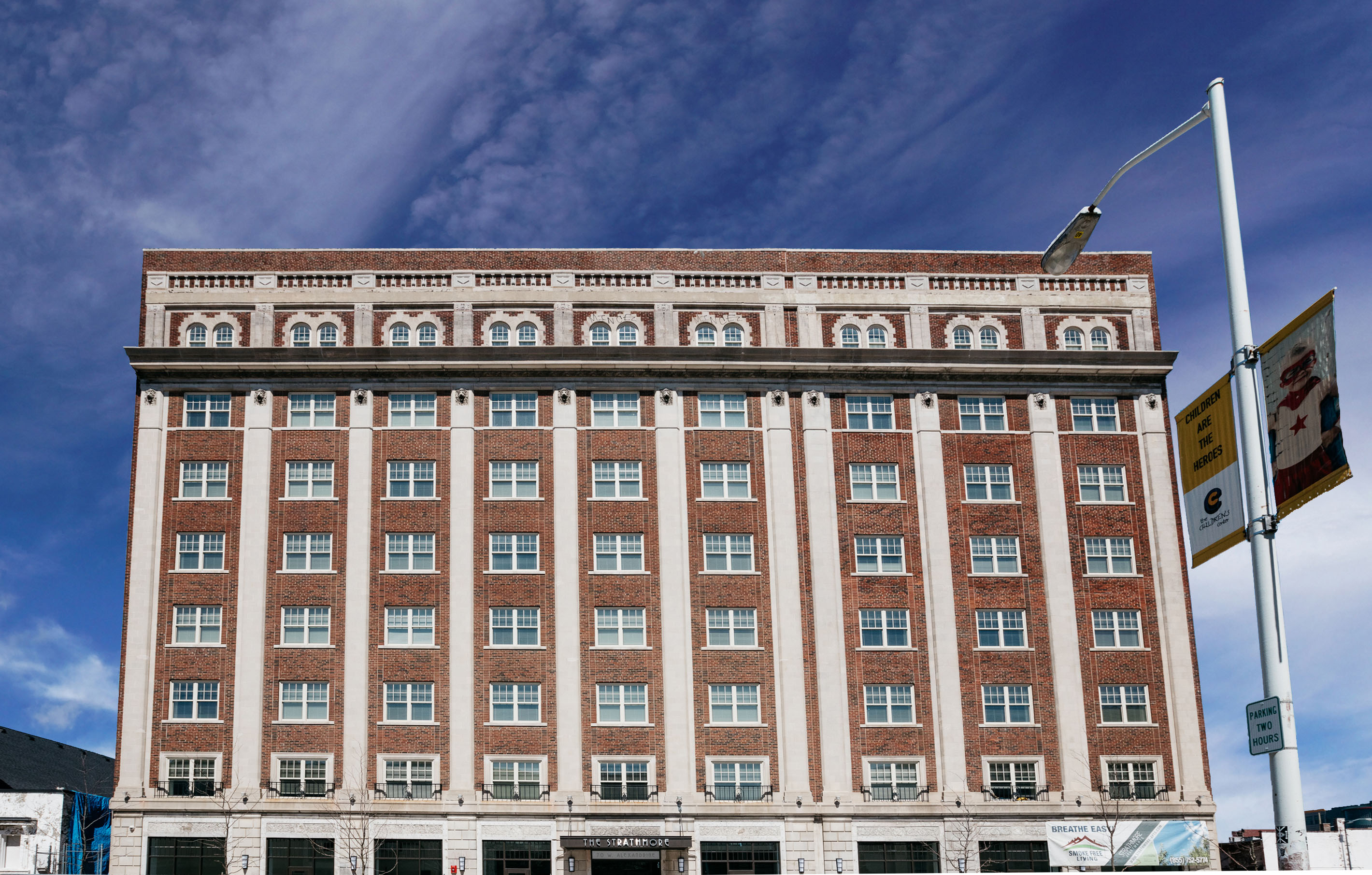 Once again, Graham Architectural Products played a role in an award-winning project.

The rehabilitation of the Strathmore Hotel, a jewel in the redevelopment of Detroit’s Midtown, was recognized with a 2017 Governor’s Award for Historic Preservation.

St. Louis developer McCormack Baron Salazar, Inc., and Mosey’s organization partnered to rehabilitate the 142,000 square-foot structure. The redeveloped Strathmore now features 129 one- and two-bedroom apartments, 40 percent of which are being offered at “affordable housing” rates.

Making the project possible was a public-private partnership consisting of at least 12 funding sources, including federal, state and local government agencies.

Additional recognition to the project was given in the March 2018 edition of Retrofit Magazine.