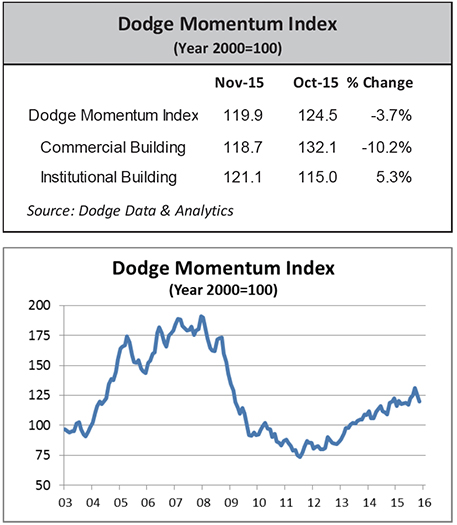 A significant dip in commercial planning was the key contributor to a 3.7 percent November drop in the Dodge Momentum Index.

Planning for commercial projects fell 10.2 percent, which means Dodge’s November numbers extended an October swoon, following month-to-month increases of nearly 5 percent in July and September. According to the Dodge Momentum Index release, “The loss of momentum seen in October and again in November is returning the Index to a level that’s more consistent with the gentle upward trend in planning that began in 2012.”

Offsetting the slide in commercial projects was a bump of 5.3 percent for institutional projects entering planning.