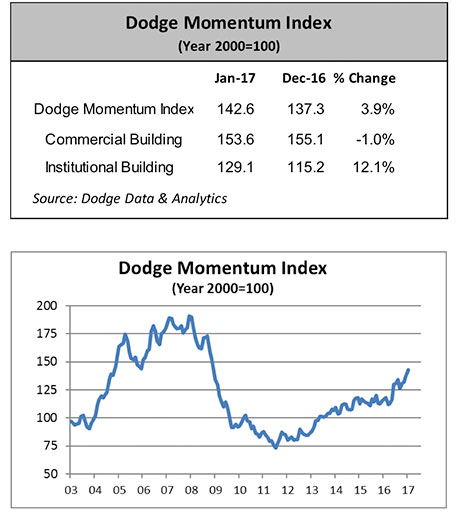 The new year is off to a good start with the Dodge Momentum Index rising 3.9 percent in January.

Dodge went on to say that despite volatility over the past two years, “institutional planning projects trended higher through the end of 2016, which provides some optimism for institutional building activity in 2017.”

In other economic news, construction employment jumped, too. Employment in construction rose by 36,000 in January, following little change in December. Over the past 12 months, construction has added 170,000 jobs, according to the Bureau of Labor Statistics.