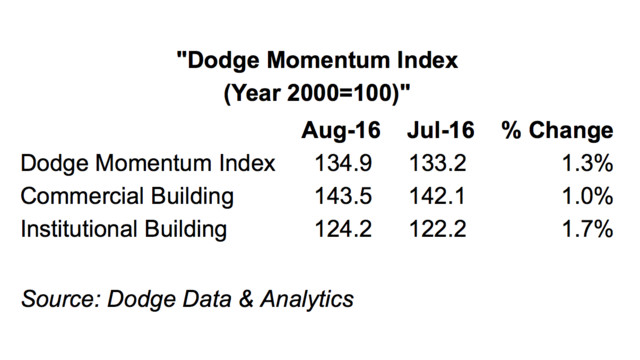 The Dodge Momentum Index climbed again in August, marking its fifth consecutive monthly advance and matching its longest streak since a five-month march spanning the end of 2012 through the beginning of 2013.

August’s climb of 1.3 percent means the Index has increased 15.6 percent above the same month a year ago, with institutional planning up 22 percent and commercial planning up 11 percent.

According to Dodge, the ongoing increases bode well for nonresidential construction spending.

Meanwhile, construction employment numbers were unchanged in August, according to the Bureau of Labor Statistics’ monthly summary.