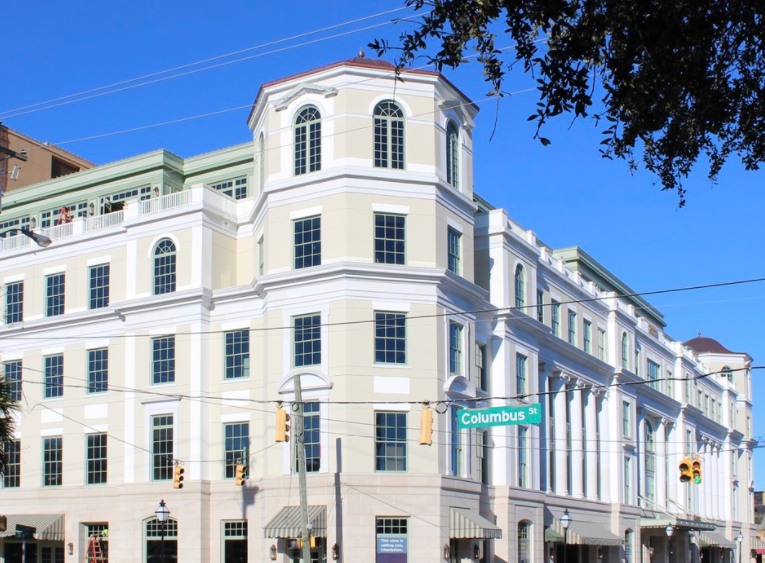 Courier Square, the gateway to downtown Charleston’s Peninsula district, is part of a larger multi-phase redevelopment project. It is composed of two distinct buildings, an office building along Meeting Street and a residential building at Columbus Street.  The office building, Greystar Developers new headquarters, has a traditional Greek Revival style with sixteen Ionic columns set into a stucco facade with retail shops at the ground level. The second building, The Guild, is an eight-story, 220-unit loft-style brick apartment building on Columbus Street, has a  brick exterior and the industrial appearance of many of the warehouses in the area. Part of the Guild building is a 120 foot high clock tower that marks the development on the skyline. 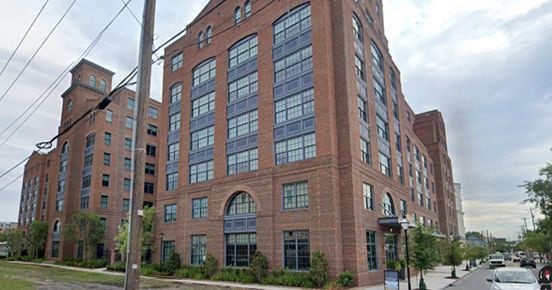 The architects for the project Robert A.M. Stern Architects, LLP, has a Case Study posted on their website with lots of nice photos of the buildings.

The Congress for the New Urbanism – 2019 Charter Award.

The Historic Charleston Foundation – Whitelaw Founders Award. The Whitelaw Award recognizes individuals, groups, or government entities that are committed to the long-term protection and preservation of important buildings and places in and around Charleston, South Carolina, as well as those involved with preservation advocacy and policy.