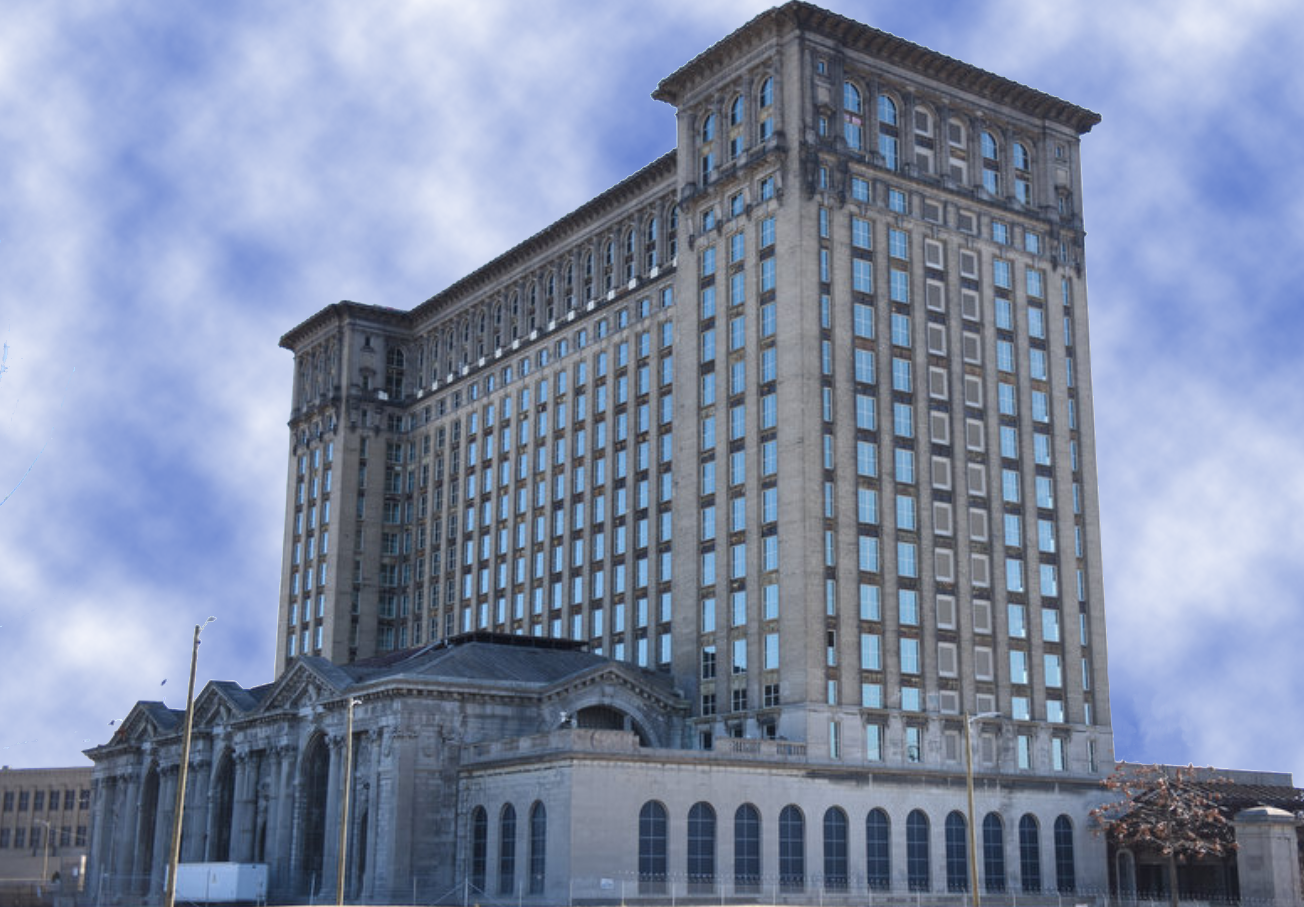 Although far from fully restored, the Michigan Central Station in Detroit looks better than it has in years with the new Graham Architectural Products windows installed.

Over 1,050 Series 1200 fixed windows with high performance low-e glass now adorn the historic landmark. Closed in from the elements, this important step in the restoration process prevents further deterioration of the building.

Michigan Central Train Depot has received a stay of execution.
Thirty-eight years after it was placed on the National Register of Historic Places, and two years after the Detroit City Council passed a resolution asking the owner to tear the …

It has been referred to as “derelict,” “a ruin,” and “Detroit’s most notorious eyesore.”
It is Michigan Central Station in west Detroit – at one time the tallest rail station in the world; now a tarnished jewel battered by time …